The Science and Mathematics Teams collaborated together to bring STEM week to Mary MacKillop CRC last week. Running a range of lunchtime activities gave students and staff the opportunity to participate in fun, interesting and educational activities with their peers. This year’s theme was based on the Science Week theme of Glass: More than Meets the Eye. In particular, we focused on activities related to Psychology, Physics and Space.

The enthusiasm and enjoyment shown by everyone involved was fantastic to see. In particular it was great to see the mixing of age groups and friendship groups by the kids and staff involved.

Well done to all involved,

Throughout STEM week Mrs Dwyer organised a daily challenge on Simon.  Students were given a problem-solving task on Simon with the first correct answer winning the challenge.  These tasks created lots of discussion across all year levels and many entries were received.

Mr Blencowe and Mrs Newton ran a lights, lenses and mirrors activity. Using mirrors alone, students worked in teams to reflect light through twists and turns in a maze and finally focus their light beam on the target. Great effort everyone 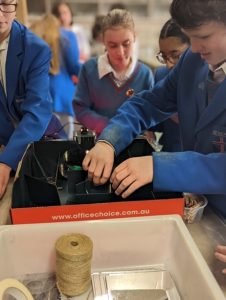 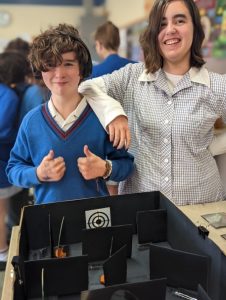 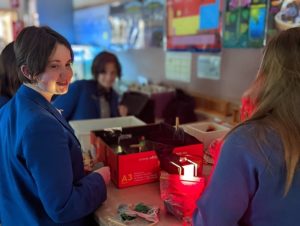 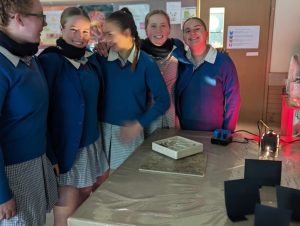 There was an active competition of both students and teachers attempting to crack the secrets behind the visual illusions posted in the senior school canteen by Dr Tye and Mrs Croatto. Visual illusions involve the eyes and the brain working together to interpret what is happening when an image is more than meets the eye. Working together, a group of year 11 students correctly answered all but one question and split the block of chocolate between them. Nice teamwork! 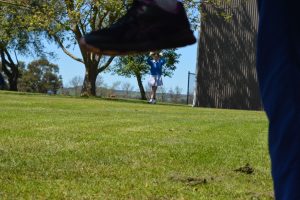 The winners of the Visual Illusion Challenge were: Emily Bowcher, Andrea Binnichin, and Emily Ray.

With her clever forced perception photo of a friend being stomped under a massive shoe (ouch!), Issy Ferrone took home a block of chocolate as first prize. Thanks to Ms. Higgins for involving her year 9 Photography class as we received a number of very clever contributions.

The Letters and Numbers Gameshow

Mrs Van Dillen and Ms Fitzgerald organised a Letter and Numbers game show (without the numbers) in the Library.  Students from all year levels participated and tested their number skills against Mrs Leslie and Mr Gordon.  Great fun was had by all. 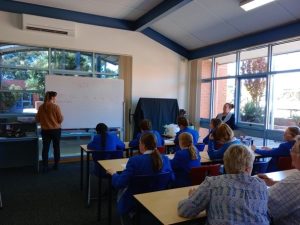 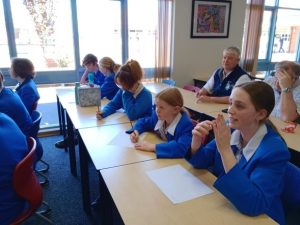 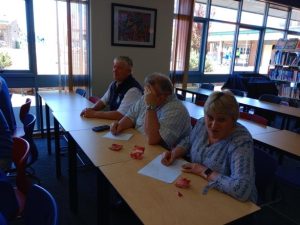 Mrs Nyamunduru organised a paper plane competition.  This was enjoyed by both the Grade 5 discovery day students and our students from Mary Mackillop.  With some great aerodynamic designs, some planes made it from one end of Pioneer Hall to the other – Well done! 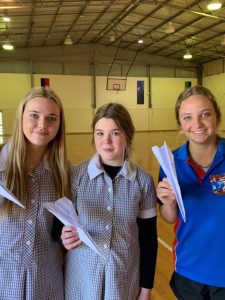 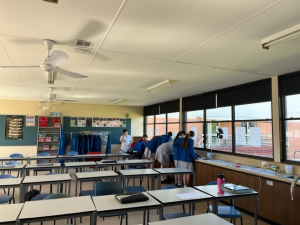 In science classrooms throughout STEM week, Science teachers ran a glass-themed Escape Room. This is an immersive, hands-on experience for students to use problem solving to solve a range of 10 different challenges that relate to the theme. Working in groups, the first group to accurately complete all 10 challenges “unlocks the escape room”, which in reality was winning a prize. The Escape Room included a wide variety of activities related to glass, refraction, reflection, recycling and more. This was a new experience for many students and staff so was fantastic to try out this year.

Concluding our week, Mrs Newton and Mrs Malloy ran a STEM week themed Kahoot quiz in the library and a final opportunity for students to participate in the Glass themed Escape Room set up in s14. A fantastic finish to a fantastic week – well done everyone who got involved or helped out before, during or after STEM week.

Year 7 Students were given the opportunity to visit the Gipps Tech School in Morwell. Traveling in homerooms throughout the week, each class participated in this excursion. During their day, students participated in three different rotations:

Rotation 1 was designing a lunar habitat for humans using a program called tinkercad. Students needed to take into consideration all of the needs humans have such as food, exercise, oxygen and water. They also were required to consider the temperatures the moon can reach and how to keep humans safe.

Rotation 2 involved the use of scratch coding language to code mini robots to move around a simulated mars environment. Students used their robots to collect ‘samples’ of chemicals, bacteria or water. The students were able to successfully run a string of code by the end of this session.

Rotation 3 was by far the favourite activity of the day. The students used virtual reality to explore space and complete some missions on the International Space Station.

Throughout the day, students also learnt some other things like the name of the rover currently on Mars, how astronauts sleep in space, new technology transporting things into space and possible career opportunities in the space science field. It ended with a Kahoot to see how much they listened over the day. One student scored 13 out of 13 which was a new high score for the presenters at the Gipps Tech School. So a big well done to Amarli Muranty! 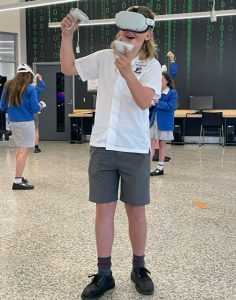 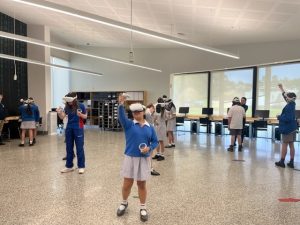 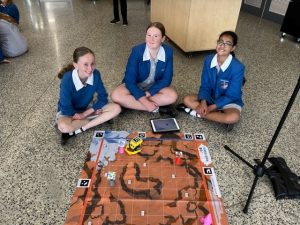 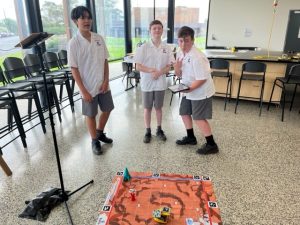 Last week, all of the year 7’s went on an excursion to the tech school in Morwell. We learnt a lot about space and the difficulties astronauts and astronautical engineers face.

We had 3 activities that we rotated in. There was 3D design, where we got to design a habitat for people to live on Mars. Another activity was Robotics, where we coded a robot to pick up supplies on Mars.

The best activity by far was Virtual Reality. We got to play 3 different games. In the first one, we got to explore different objects in space. In the second one we did, we learnt about the different planets of our solar system. The last one was probably the best one. We were able to experience what it felt like to be an astronaut and explore the ISS (international space station). Overall, the tech school was a great experience and a fun learning opportunity.